Fabio went on to excel in the Army, serving tours in Iraq and translating in Haiti after the massive earthquake in 2010.  Fabio is currently in college looking to get his Bachelors degree, then his Masters.  Go, Fabio! 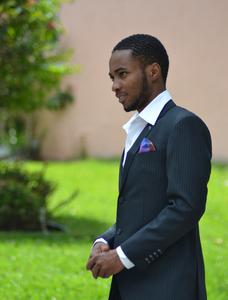 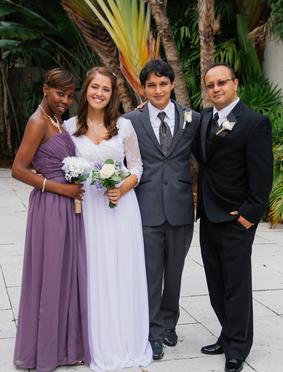 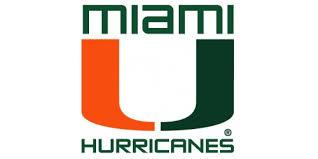 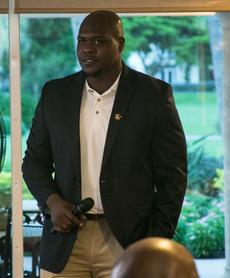 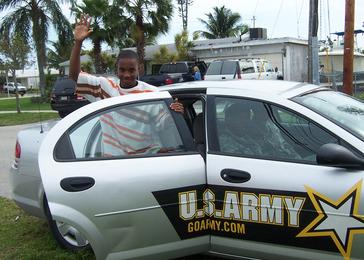 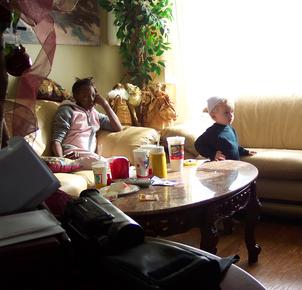 Mike's story starts out for us in the year 2000.  My father bought us a house in Pompano Beach, Florida, aka "the hood".  My wife and I had a passion for children's ministry and were serving at Calvary Chapel FTL with the 1st and 3rd graders. We happen to move right on the corner of a school zone in the hood and there were no buses, so all the children would pass by our house.  We opened our doors and invited them in like an after school care place and provided the kids with homework assistance, gave them snacks, and allowed them to play games on the computers and Xbox.  Our crew of kids grew to a solid 10-15 coming on a daily basis.  We then would take them to church, out to dinner, and include them all in Christmas and birthday celebrations.  This is where we cultivated our relationship with Mike aka "Big Mike".  As we mentored Mike through high school, we would keep him from the troubles from the neighborhood and try to our best ability to steer him in the right direction toward God and Jesus.  He was extremely good at football and received many fully paid scholarships to various colleges.  We would meet with him and pray with him, to help lead him to wise decisions in choosing his college path.  He chose Auburn University, where he blossomed into a star player. 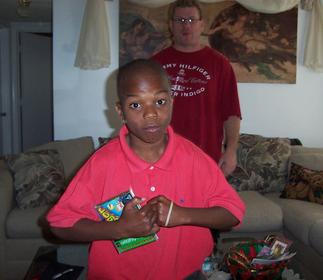 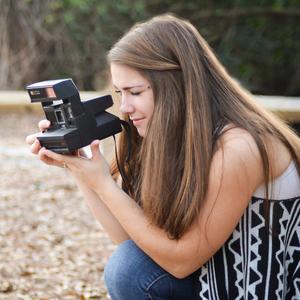 Campus Director For The FCA 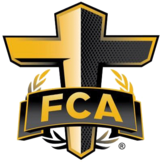 Shani just hanging out with our son.  Shani always excelled in her studies.  She has wonderful parents and was always a joy to bring to church with us. It's been remarkable watching her grow into such a God fearing woman, seeking after her dreams.  Shani is currently in college and going after her Doctorate degree and is still in love with herSavior.

As Mike was in college and a star player, he faced many adversities and had many opportunities to fall and go astray.  Monica and I kept up our commitment to be in Mike's life.  We called him frequently and since we were living in Georgia then, which was not far from him, he visited us often. When Mike graduated, he got drafted into the NFL and played for the Pittsburg Steelers.  Through certain circumstances, which we believe were God inspired, he was lead to work fulltime for the FCA "Fellowship of Christian Athletes".  He is the Director of Broward County Florida.

Here are Their Stories 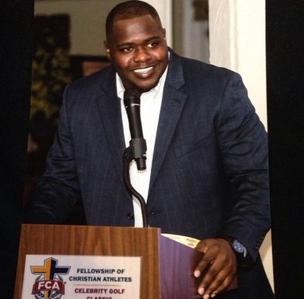 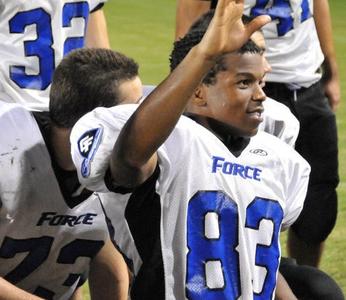 This is part of my story.  -Mark Harrison.  Before I was a Christian, I had a daughter with a young lady. Things did not work out and before Brianna was 1, we split up.  I got saved by Christ when Brianna was 1, out in California.  I came back, went to court, and received joint custody.  Over the next 12 years, custody was made very difficult by her mother.  I always believed Jesus would take care of the situation and one day He did.  When Brianna was 12, I received full custody.  We came to find out that the police had visited Brianna's house 51 times over the past 2 years before I received full custody.  What Brianna was going through was hidden from me, which led me to believe all was well.  Fortunately, you can't hide from God and all was revealed, which was the pivoting point in allowing me to receive full custody.

After a brief time in private school, we decided to homeschool her and really teach her how much Jesus loves her.  Monica, my wife, took on the role of her Mom and as we served at Calvary Chapel FTL.  Brianna met some life long Christian friends and soon she was serving with us on a weekly basis.  Brianna grew into a Godly woman and decided to wait until marriage to be in a relationship with any boy.  Brianna and her best friend Angelica started a purity group.  They would meet with a handful of girls each week leading them in a positive direction toward Christ.  As the years went by, Brianna grew closer and closer to God, believing that the Lord would bring her husband to her, this was my belief and vision for her as well. While in NJ on business, we were going to Princeton Alliance Church, a local Christian church. Brianna went on a mission's trip to Brazil through that church.  She also was going to the young adult's ministry to fellowship with other young adults going to Brazil.  It was here that God brought her husband into her life.  Within 6 months, they were engaged and within a year, they were married. Despite the odds stacked up against her being mentally, physically, and verbal abused, drugs and alcohol all around her, constant police activity at her home, Brianna through Christ has overcome Satan and his plan to ruin her life.

Mike's story starts at the same time Big Mike's started.  When Monica and I moved into the neighborhood, Michelson was one of the kids coming on a daily basis to our home.  As much good as we were doing, there were forces in the hood working against us.  Michelson was so bright and full of potential.  He loved coming to church and especially going out to dinner for his birthday.

Fabio, Michelson and Big Mike's stories all start the same but are all very different.  As we got to know the children in the neighborhood, we came to realize that they all had different stories.  Fabio lost his mother at a very young age and his father was absent his whole life.  Fabio was living with his Auntie and Michelson is his brother.  Fabio was sleeping on the floor in his grandmother's room. Monica and I had a 4 bedroom home and asked Fabio if he would like to come live with us.  His Auntie agreed to Fabio coming to live with us and we then took guardianship of him.  Fabio went on to start loving God more, accepted Christ into his life and went on to join the Army. 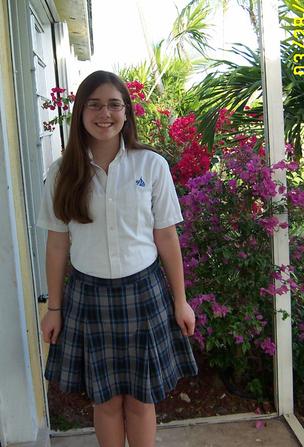 Monica and I moved up to Georgia in 2008.  It was then that some of the kids fell back into the hands of evil and were headed in the wrong direction. Monica and I received a phone call from Michelson's Auntie and she said she would like to give Monica and I full custody of him because Michelson was hanging out with thugs and drug runners.  He was going to get himself killed or thrown in jail.  Monica and I brought him to Georgia where Monica homeschooled Michelson and we got him involved in football where he excelled. Michelson accepted Jesus as his Savior and God has great plans for his life